Hello, Guys Today we will discuss The Top 10 Best Applications you Must Have Rooted Android Apps…

Gaining root access in an Android device refers to gaining superuser privileges in the operating system. Once you root the device you will be able to do things with Rooted Android Apps an Android device that normal users cannot do.

You can customize your device to the core and enjoy Android to the fullest. – Rooted Android Apps

This article is all about some of the apps one must try after rooting your android device. All of these are very popular and there are many people who would root their devices just to use these apps.

One thing that you need to keep in mind is that whenever a new app that needs root is installed, it needs to be given the explicit permission to use the root authority. This can be done by giving the permission from the SuperSU or whatever app is being used. Most apps prompt for this permission and you just need to tap “Grant”.

Here are the 10 root apps that you must try on your rooted android device. The app game killer is a must try.

Xposed framework is a must have app for every rooted user and this is why we have kept it in the first position. It is a framework on which different developers create programs called exposed modules. Each of these modules when activated brings several new functionalities to your device. There are thousands of modules and most of these focus on the design customizations.

Lucky patcher is used by the root users to modify the installed applications to gain more access. It can create modify the apks of free versions of apps to get access to the premium features. This app is a lifesaver for those who wish to use paid apps for free.Rooted Android Apps

It is common knowledge that apps utilize the RAM memory of a device to run. Once an app is running it uses resources and thus uses battery power. When a user opens up a lot of apps and does not close them, the battery will drain quickly. This is the case of most phones running on older versions of Android.

This is where the greenify app becomes relevant. Greenify is a rather ingenious app which uses android’s functionalities to push an app into “Hibernation Mode”, a mode which is halfway between a running app and a closed app.

The app dramatically saves processing power and thus saves a lot of battery. Configuring the app is simple. Install the app, grant root permissions, choose the app that you wish to hibernate, tap the hibernate button and done. You will need to give the app administrator privileges too in order for it to work.

Gamekiller is a must have app if you happen to love playing games on your android. It is a genius app that uses the root permission to edit the memory blocks used by the games. Using the game killer app, you can get fake high scores, unlimited coins, energy and other values in the game.

When it comes to taking backups of an Android device, titanium backup is favored by everyone. Normal app backup apps can only backup the app as an apk file, this means that when you restore the backup, the app will be a new installation and all of the app’s user data would be lost. This includes the game progress, logins, chats etc.

As the name suggests, Tasker is an automation tool. It is the ultimate productivity tool. A user can make the tasker do programmed things on your device at the time of your choice. These programs are called a Tasker profile and need to be created manually. Creating a Tasker profile is a bit of a difficult tasking but is worth the time and energy spent on it. Using tasker you can do things such as, turn the lock screen off at home, turn wifi off when you leave the home, set the wallpaper to change automatically and much more.

Booting into the bootloader or recovery software requires the pressing of special hardware key combinations on bootup. One problem that users face is that sometimes they mess the combination or press them a second later and then the phone will boot normally. Then they have to wait for it to boot up and power it off all over again.

What if there was a way to boot into the bootloader or recovery directly. This is where the Quick Boot app comes in. Once you install it you will see more options in your power menu, the menu that comes up when you long press the power button. This app is definitely a time saver.

Ever deleted an important file or an image and felt like banging your head on the wall for the mistake. Ever wished there should be a Recycle Bin for android? The dumpster is the perfect Recycle bin equivalent for Android. Once you download and configure this free app any and every file you delete will get saved to the Dumpster app first. From there you can delete it permanently or restore them if you feel regret.Rooted Android Apps

Flashify drastically simplifies the whole process. It is an easy to use app that has a very simple UI. Just select the zip file of your firmware, your recovery of choice and press OK. Sit back and watch your device as the device reboots and flashes the ROM By itself. There are very fewer chances of errors here as everything is automated.

Ever felt annoyed by ads when you visit a website or open an app. The normal ads that we see on web pages are harmless as it is our decision to press it or not. What really annoys is the popup ads that open abruptly without us clicking on it. It mainly comes up when we are doing something important and some pop-ups even make the phone vibrate in an attempt to irritate us even more. Then there are float ads which some webmasters implement to maximise earnings. These ads stay on the screen even when you scroll and hides the content which we came to read it.

That’s it, folks! We just saw the top 10 must have Rooted Android Apps for Android users. We hope you try all of these apps one by one. Let us know what you think about this post in the comments section. 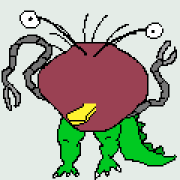 How to protect your data from hackers